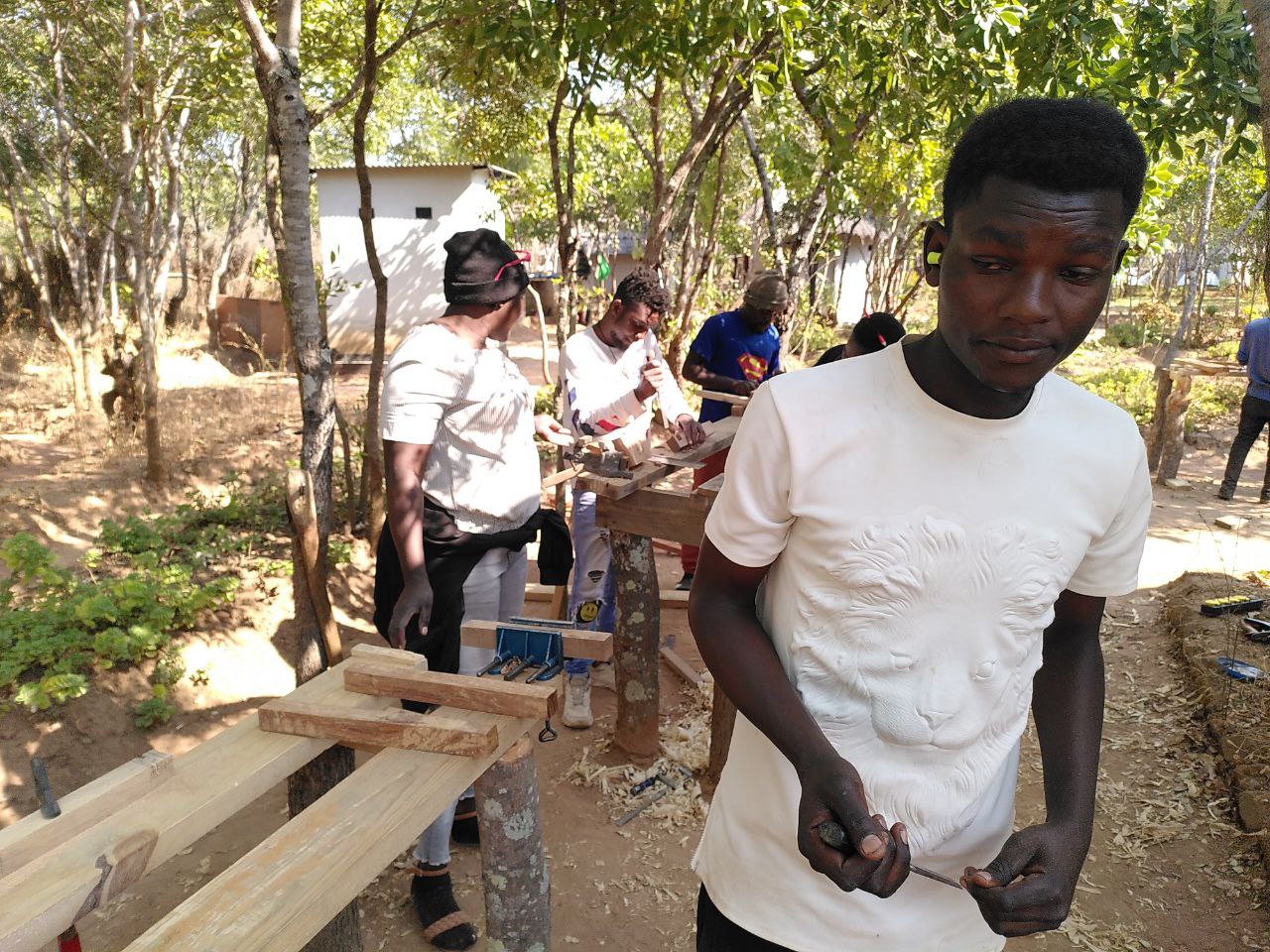 Yesterday there were already twelve participants on the doorstep, this morning there were 16 – 12 men, 4 women – during the day even more people came to join. Whether we can handle that many people will become clear, but on day 1 the first workbenches have already arisen. Flying Furniture Makers Rosalie, Pien and Madelon opened the day with a round of introductions, the appointments for the next three weeks and safety instructions. It soon became apparent that the group of participants may have no formal carpentry knowledge, but is full of useful knowledge and skills from which the furniture makers flown in can also learn a lot in the coming period. At the end of the day, furniture maker Giel told me that he had learned to chop wood like an accomplished Zambian. Now that the legs of the workbenches are in place, we hope to be able to leave the rest of the branches.

The sturdy Toyota Prado that we were able to buy thanks to generous donors is doing particularly well in these times. Underneath all the bling that the previous owner decorated her with is now a solid workhorse, suitable for the rough roads in this area. Early in the morning she took Giel, Rik, Sam, Esmée, Desh and Kenny to the neighboring joiner to have the wood worked. They seem simple things, but because we can now use the machines that the man has put together himself, we save a lot of time. Tomorrow we hope to start work on the first beehives and benches that can be stacked into a hive. A good start is half the battle, they say, so we are hopeful! 💪