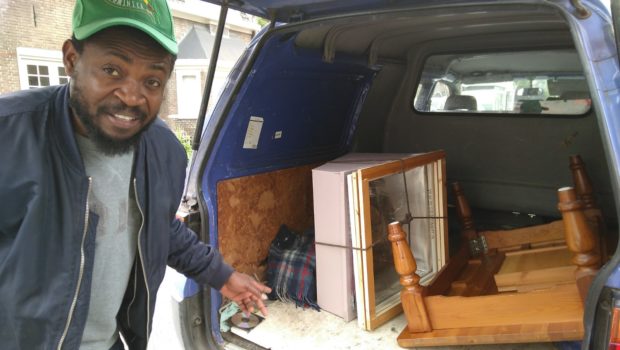 Saturday, May 25, 2019 we were invited to a workshop “How to build a solar oven” from Mr. Arie de Ruiter from the Solar Cooker Working Group in Sliedrecht. He works with the Dierkx type, named after his inventor, who used his ingenuity in physics to isolate a “normal” sunbox and to provide it with a sealed steam chamber, in which the food cooks faster. That means that you should not open the solar cooker in whilst cooking, and you are usually limited to dishes that can cook well at a relatively low temperature (such as cakes, jummie!). We have to learn that…. So time to practice! 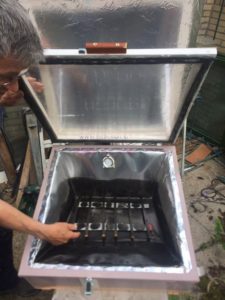 Experiment with the Dierkx solar cooker
To be able to do that a.s.a.p., Arie immediately gave us the most important parts: a semi-assembled set, two extra frames, two extra metal reflection boxes and three thermometers. Together with old inner bike tubes from the shed, some hinges and locks and some glass, kit and wood that we can buy in Zambia, we hope to be able to make three copies in relatively little time: 1 in the Netherlands, 2 in Zambia. This way we can experiment, and we have a working specimen to inspire local variations.

Search for good recipes for nsima & cake
Many Zambians mainly eat nsima, a kind of thick corn porridge that takes quite some time on the fire. If we succeed in properly preparing the nsima in the solar cooker, it should also be possible in Zambia to interest some neighbour cooks to use the solar oven. Each meal, that would save a lot of charcoal and time – because you don’t have to stay close while the Dierkx does its work: the food actually can’t burn, and by placing the solar oven cleverly in relation to the incidence of light, you can you quite accurately determine how much energy the oven gets.

DIY Zambia
In case our first solar cookers are a success, we will work with the thrift store in Sliedrecht to see how we can build and distribute them in Chilonga. Fingers crossed! If it is up to us, the felling of trees for charcoal will soon be completely unnecessary. We would cook in the solar cooker and bake on another model, on biogas or on an induction plate that runs on a battery powered by solar panels. In the near future we want to try all these options, so that we know what works best there. Keep an eye on us, and let us know if you want to help or think along.

Blueprint
On sunny days, in the Netherlands you can also cook well in a sun box (in winter you are probably often better off with a model based on a parabolic mirror, which may be too dangerous in really sunny places). Anyone who wants to build a Dierkx solar cooker can visit the website solarcooker.nl. There are construction drawings. In principle, they can be made entirely from recycled materials. Good luck! 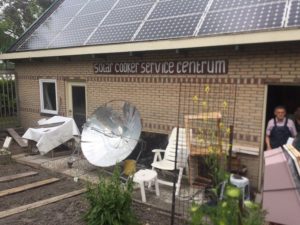 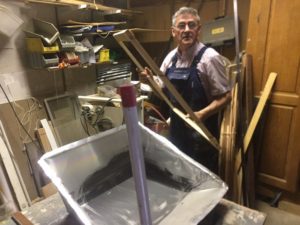